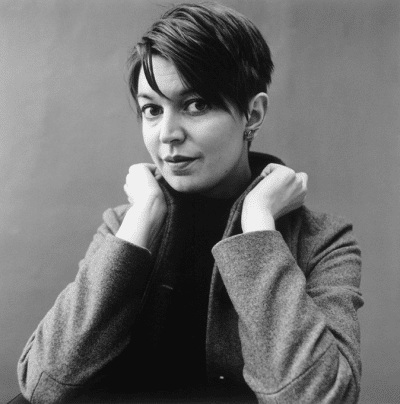 Cecilia Hansson (born in 1973) lives in Stockholm, Sweden as a poet, translator and freelancing journalist. 2019, she received the prestigious Sorescu Prize, for her authorship.

For the past several years, Cecilia Hansson has travelled between Stockholm and Vienna, Bucharest and Budapest, to understand the increasingly harsh cultural climate in the region.
In April 2017 Hopplöst, men inte allvarligt – konst och politik i Centraleuropa (Hopeless, But Not Serious – Arts and Politics in Central Europe) was published – a book about survival, resistance, censorship, and freedom in a region that’s highly topical, with political developments that have high importance for the world at large.

In 2019, Au pair – a novel about an obsession, was published. Au pair circles around the relationship between failure, desire and creativity, about becoming one self and becoming an artist. In connection with this, Cecilia Hanssons three collections of poetry was  re-released, with a newly written introduction by the famous author Kristian Lundberg. This year, she also received the prestigious Sorescu Prize.

During the years Cecilia Hansson has also collaborated with several artists, and with photographers and authors in Sweden and Norway. The translation of Monika Rincks zum fernbleiben der umarmung (translated together with Anna Lindberg) was nominated to Translation of the year in 2012. Hansson has a background as a radio presenter at Sveriges Radio (The National Radio in Sweden), has a Master in German Literature/Aesthetics/Philosophy and also written several articles and essays on translation. She is a member of PEN and the Swedish Writers’ Union, where she also was a board member 2013-2018.